Help us and our partners bring relief to Louisiana 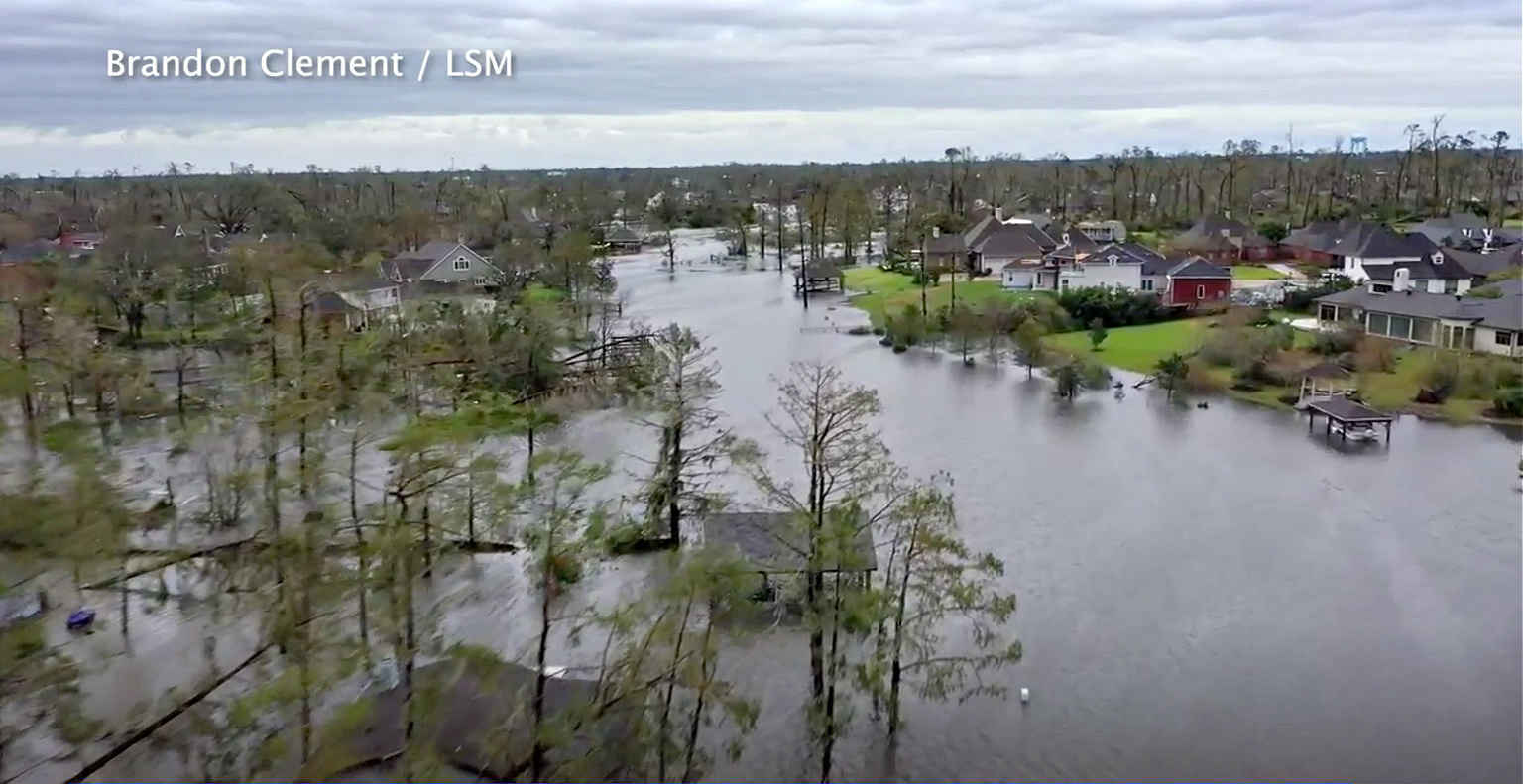 We launched our Phase I effort immediately after Hurricane Laura hit Louisiana as a category 4 on August 27th. We share highlights here of the impact we have made with the support of donors and strategic partnerships.

We are now rolling out our Phase II Recovery Plan by identifying church partners to go into specific neighborhoods whose residents are still working through the damage done by the storm.

UPDATE - Below are highlights of the work done during Phase I. Praise God!

IMPACT SUMMARY We greatly focused on getting into rural areas that weren’t otherwise getting much help. Our teams have:

Rich’s Foods donated a full truckload of frozen food items, moved by Uber Freight and delivered to Focus Foods in New Orleans for the baking of these items. Chef Amy of New Orleans is at the helm of this undertaking and has assembled a team to get these food items to Mercy Chefs and Second Harvest for distribution into hard hit areas in and around Lake Charles.

The town of Otis, Louisiana was hard hit. We were able to organize several efforts to get much-needed supplies to them. Through a faith-based partner, Somebody Cares USA, we were able to get word about this affected town to Pastor Allen Hickman of First Baptist Church in Picayune, MS who was the first to respond by bringing a trailer full of items, including water and fuel, to Camp Eight Pentecostal Church in Otis.

Chef Amy Sins with Louisiana Disaster Response pulled together Chefs Brigade to organize 3,000 meals to be cooked and delivered to Camp Eight Pentecostal Church Tuesday evening (9/1). Food Bank of Louisiana is also providing personal care items and non-perishable foods for the church to distribute to their community.

George Joseph, owner of Common Bond Bistro & Bakery in Houston, had it on his heart to do something to raise the spirits of the people of Louisiana. They made soup, French bread, and chocolate chip cookies for 500 people---quite a feat for a bakery of their size. Jesus Alliance board member, Manuel Calderon, who is also a member of West Houston Church of Christ is transporting the lunches today (9/8) to Pastor Lloyd Whitman of First Baptist Dry Prong (and on the school board) to feed his community.

Jesus Alliance board member, Ryan Williams, and Wings of the Spirit, planted their cooking trailers in Oberlin to feed National Guard, volunteers, and members of the community. House Speaker, Clay Schexnayder, Chef Amy Sins and Governor's Office of Homeland Security and Emergency Preparedness (GOHSEP) paved the way for Ryan’s team to gain early access to feed first responders. During the week they were there, they served 4,500 meals and also distributed 500 copies of the gospel of John donated to us by the Pocket Testament League.

The Jesus Alliance has been working with Chuck Owen, Legislative Representative for Leesville, Amy Sins as well as LA VOAD members to bring relief to two areas; Deridder and Leesville. The first two truckloads of water were delivered as of 9/1.

We are working to route 5 more truckloads of sports drinks and water delivered to some of the hardest hit areas still without power. We estimate that is a minimum of 200,000 beverages.

Hurricane Laura made landfall as a category 4 in the early hours of August 27. We are working with an alliance of partners in a number of capacities to get relief into areas impacted by this storm.

While many organizations work in the epicenter of where a disaster took place, we prefer to work in the surrounding areas that get hit just as hard but don’t see the TV cameras or the relief coming in in the same way. We focus on partnering with the churches in these areas, many of them rural, to help those who also need relief and need to see Jesus at work just as much as anyone else.

The Jesus Alliance mobilized teams to move into several key areas to stage relief efforts which includes providing food, water, clean up, emergency tarping, and more. Our coalition of partners is growing by the minute, acting as the hands and feet of Jesus to serve and bring hope to these impacted communities. 100% of the donations we collect will be used for these efforts.

The Lord gave us Psalm 5:11-12 the morning after the storm as we prayed. It says:

But let all who take refuge in you rejoice;
let them ever sing for joy,
and spread your protection over them,
that those who love your name may exult in you.
For you bless the righteous, O Lord;
you cover him with favor as with a shield.

The storms we are facing and the storms yet to come give God's people the opportunity to consider where they are with Him.

Thank God for the hearts of the people who are helping!